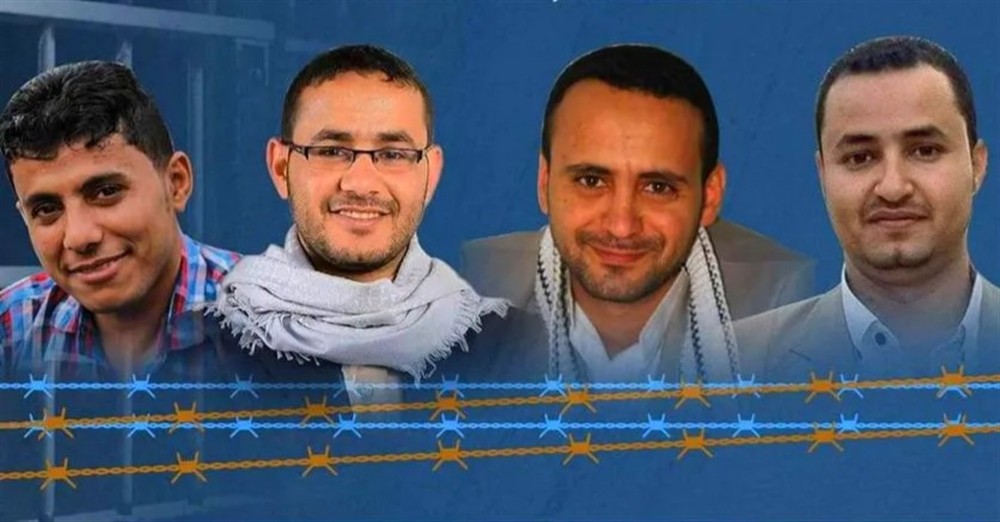 Rights Radar Organization for Human Rights, based in Amsterdam, Netherlands, has called on the international community to put pressure on Houthi militia to release the detained journalists, especially those who face the risk of execution due to unfair decisions issued by the Specialized Criminal Court in Sana’a, which is under the control of Houthis, in April 2020.

In its statement on the occasion of the World Press Freedom Day, Rights Radar has called on the conflicting parties in Yemen to spare the media, journalists and workers in the field of press the consequences of the conflict and put an end to all violations targeting journalists and media, including deprivation of the right to life, arbitrary arrest and physical assault.

Rights Radar clarified that its field monitors documented 1,465 violations that badly affected the press and media freedoms in Yemen from the beginning of war in September 2014 to March 2022. These violations included killing, injury, arbitrary detention, enforced disappearance and torture, in addition to partial and total destruction of media institutions and confiscation of public and private property.

The number of violations against the public and private media in Yemen reached 245 cases, including 11 media outlets in 11 Yemeni governorates. These violations badly affected satellite channels, radio stations, newspapers, news websites and governmental and private institutions. These violations included explosion, storming, control, looting and destruction of media equipment and vehicles.

The Arab coalition in Yemen, led by Saudi Arabia, came third with 11 media violations, including eight local satellite channels and three radio stations. The Yemeni government was responsible for committing two violations against a private newspaper and a satellite channel.

As for the arbitrary detention, enforced disappearance and arrest, Houthi militia came first by committing 467 cases of detention, followed by the Yemeni government with 56 arrests. Then, non-government armed formations committed 46 abductions. The extremist organizations came fourth with four abductions.

It should be noted that the figures included in the statistics contained in this statement represent just the violations that Rights Radar monitors could monitor and document in the Yemeni governorates, but the real number may be greater because of the inaccessibility of many of these governorates due to the strict security measures in some cities and Yemeni districts.

Rights Radar has called on the international community to take urgent, serious and practical actions to put pressure on the conflicting parties in Yemen to reduce violations committed against journalists and media workers in Yemen. It also has called on the international community to urgently intervene to save the lives of detained journalists, including the four journalists whose lives are threatened by execution sentences issued by Houthi militia, namely Abdul-Khaleq Omran, Akram al-Walidy, Harith Humaid and Tawfiq al-Mansouri.

Finally, Rights Radar has called on the Yemeni government to strengthen the media freedoms for journalists in its areas of control and prevent any violations or threats committed against them in these areas.